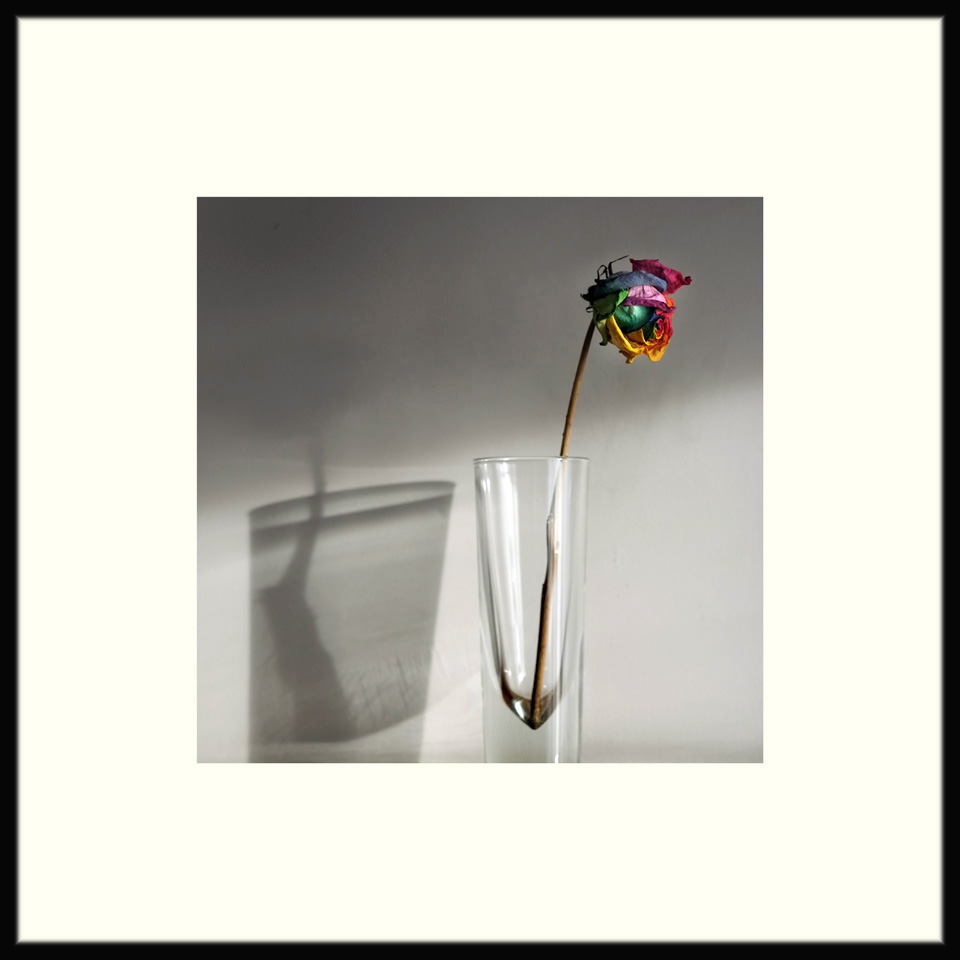 A dyed rose has sat in a bullet glass on our mantelpiece for many months now.

It was a gift to my wife who was a guest at a gay wedding.

And the rose, a little faded and jaded now, is still a gay little thing in itself.

When it first arrived the colours were quite bold, and possibly even a little brash. But time has done what time always does, and now it’s a little old man of a rose, a sort of Quentin Crisp of the floral world.

I’m not sure why it took me so long to decide to photograph it. Maybe subconciously I was waiting for a little humanising process to take hold.

Anyway, a few weeks ago I finally responded to the little feller, and set up tripod, Fuji X-E1 and 60mm lens, and shooting almost wide open so that only the flower head was sharp, I made a portrait shaped photograph, using available light, which was quite flat so the colour in the rose jumped out. 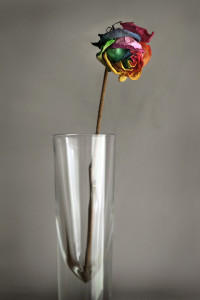 It somehow reminded me of paintings from the Dutch School, a simple richness of tone and design.

A small print I made of the image now occupied it’s own space on a table in the same room. Now I had two dyed roses to look at.

I decided to live with the small photograph for a while, and then when I was quite happy with it I’d make a large print and frame it.

On another wall in the same room I have three Robert Mapplethorpe prints in frames. Flowers. Square.

I think those photographs probably inspired me to photograph the rose in the first place. And the square format really suited the subject. I suppose the isometric qualities of the square bring a stillness and formality to the photograph.

So I shot it square. 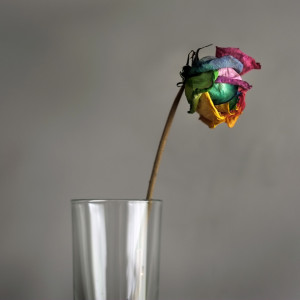 Still the same flat daylight, but a little more formal and abstract due to the crop. Live with that for a while, I thought, and give myself time to compare the two.

Only days after taking this picture, the ambient light changed dramatically as the sun moved round a little, and at about 6pm a different light came in to play, which totally altered the scene.

Because the light arrived suddenly, it was clear that it wasn’t going to hang around with the sun moving so quickly. Seize the moment.

Tripod, Fuji and 60mm were quickly assembled, and total manual control gave me this one. 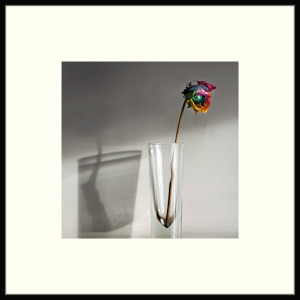 At the moment it’s only framed using Photoshop, but this is the one I’m going with…perhaps.